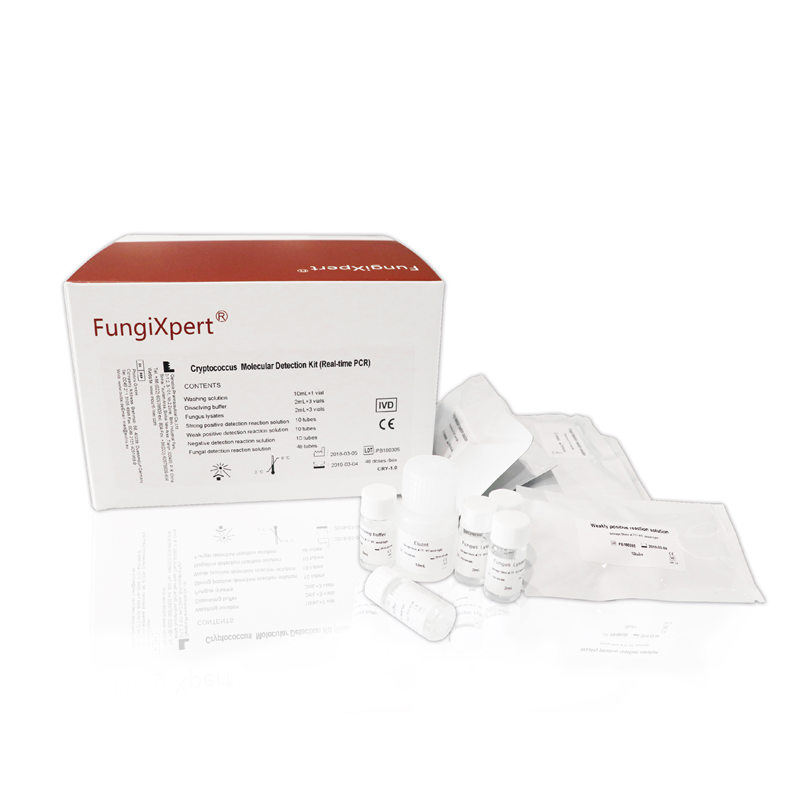 FungiXpert® Cryptococcus Molecular Detection Kit (Real-time PCR) is used for in vitro qualitative detection of cryptococcal DNA infected in cerebrospinal fluid from individuals who are suspected of Cryptococcal infection by their healthcare provider, and can be used for auxiliary diagnosis and monitoring the efficacy of Cryptococcus patients infected with drug treatment. 1.The reagent is stored in PCR tube in the form of freeze-dried powder to reduce the possibility of contamination
2.Strictly control the experiment quality

Cryptococcosis is a disease caused by fungi from the genus Cryptococcus that infect humans and animals, usually by inhalation of the fungus, which results in lung infection that may spread to the brain, causing meningoencephalitis. The disease was first termed "Busse-Buschke disease" after the two individuals who first identified the fungus in 1894-1895. In general, the people infected with C. neoformans usually have some defect in cell-mediated immunity (especially HIV/AIDS patients).